These instructions are for those who have bought Tombraider from GOG but find that the default "Tomb Raider (GOG)" settings don't work because of some oddity in their set up.

Here's what you need to do. If you run into any problems try the support page.

When using the GOG version of Tombraider, you need to tell Glidos two things: where the CD image is and where the program is. Both settings are made from the "Adjust" button. 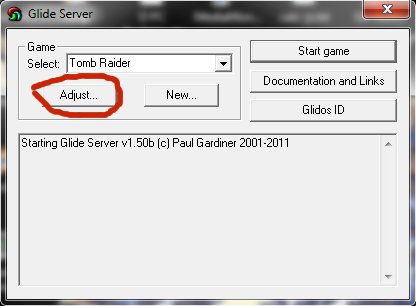 To set the CD image path, click the "CD Source" tab, select "ISO" under "Drive or ISO" and browse for the file. 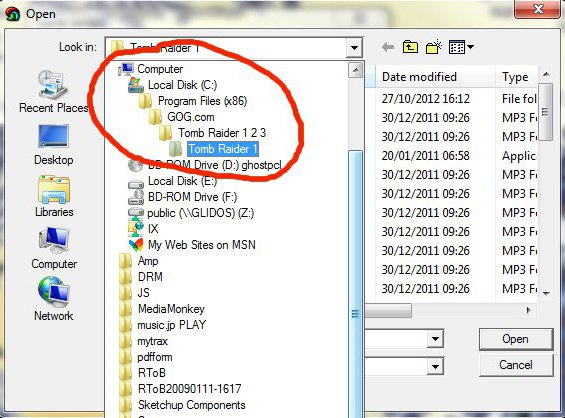 and will be called "GAME.GOG" 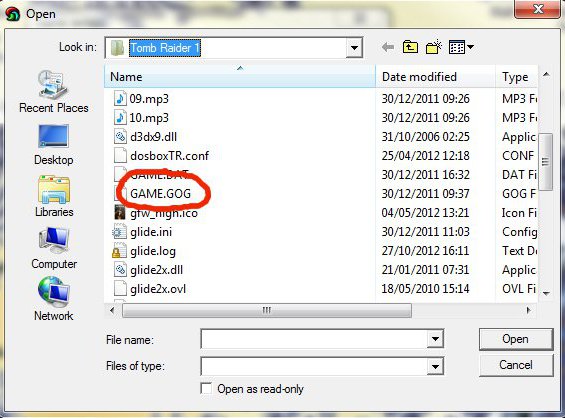 To set the program path, click the "Executable" tab and browse for the file 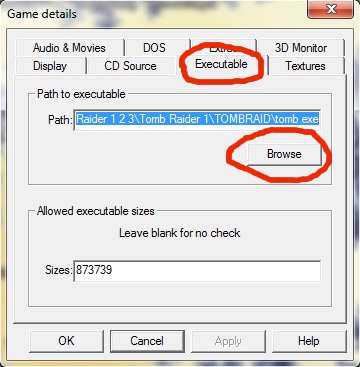 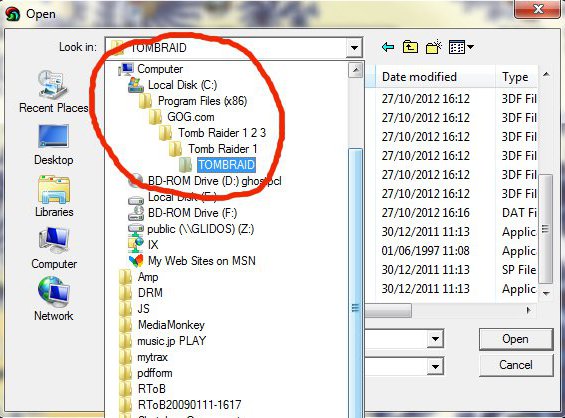 and will be called "tomb.exe" 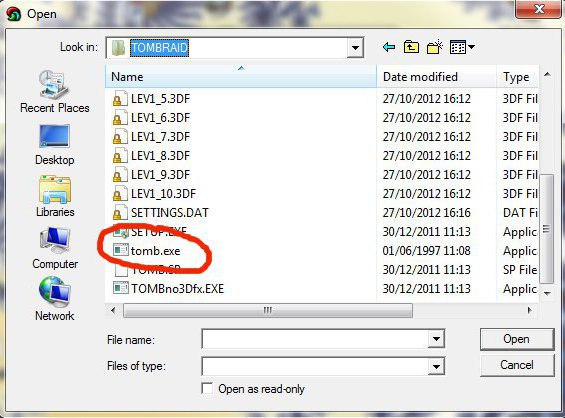